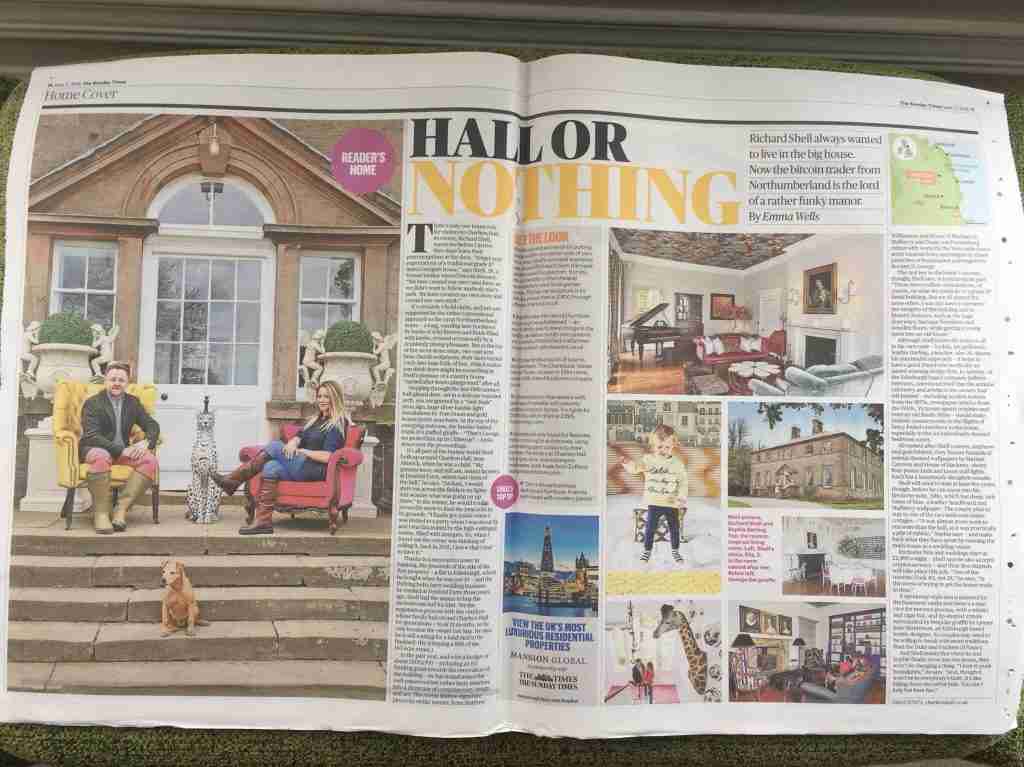 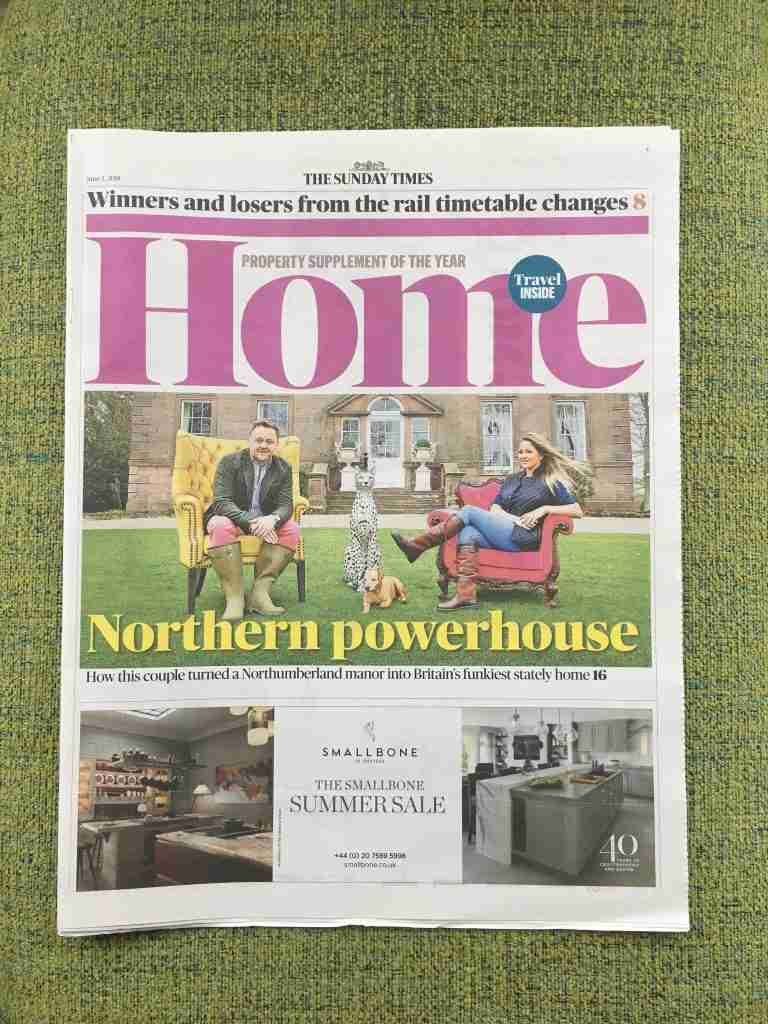 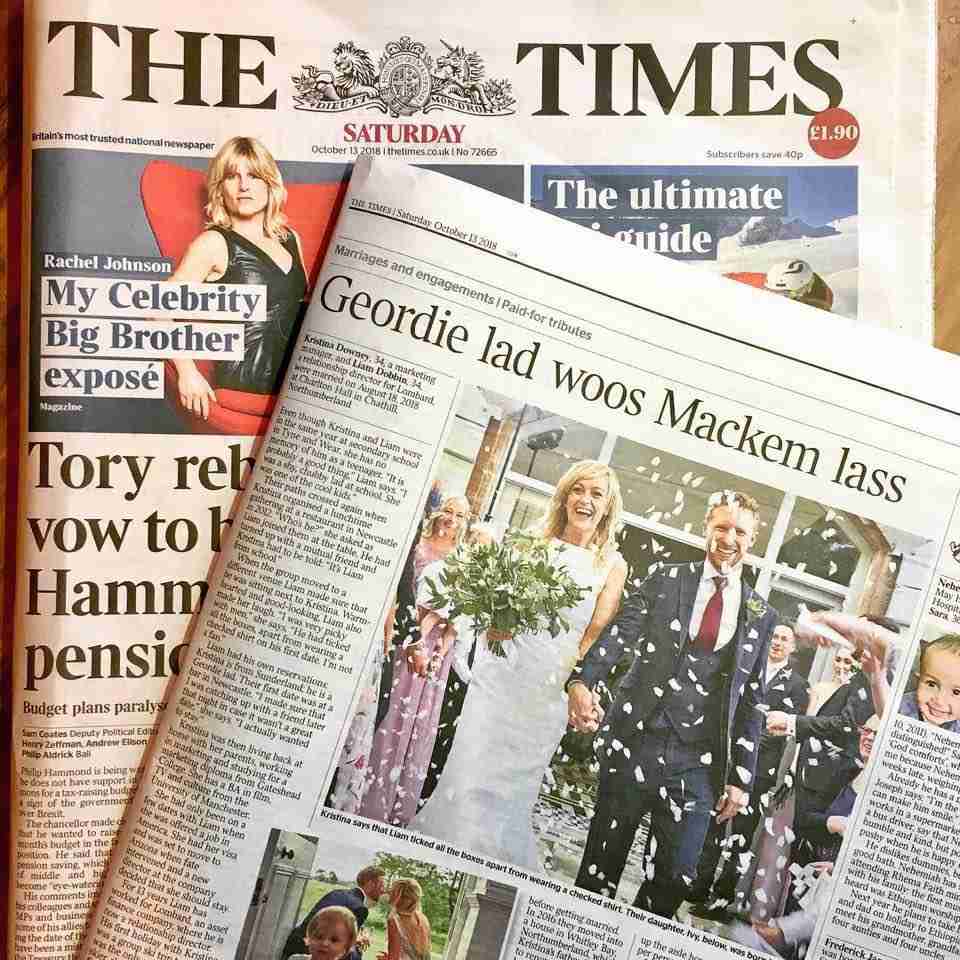 THE TWIST
Our approach to initially raising awareness of Charlton Hall was to focus on promoting the interiors; which had a strong connection with London-based brands.

By connecting with designers such as Matthew Williamson and Manuel Canovas through Instagram, those influencers shared progress of the renovation through their social feeds to reach combined audiences of over a million users.

For Editorial, Twist secured front page and DPS footage for the client within the Home supplement of the Sunday Times, which was subsequently shared on social media and online (with backlink to boost SEO) Further footage in the The Times included the publications featuring case studies of couples who married at Charlton Hall once the venue had opened.

Securing this coverage formed part of Charlton Hall’s ongoing press and social media campaign to raise awareness of the brand and ultimately attract couples to marry at the venue.

We know the importance and value of getting your brand in front of people’s eyes on Google, so we use our expertise in SEO to drive organic search rankings and website traffic to help our clients become more discoverable online. We also include SEO packages into every website we build too.

We have an excellent track record in SEO for tailoring online and offline marketing campaigns that improve website performance, and use our skills and knowledge of Google’s algorithms to help our clients rank higher in Google search that ultimately provide improved conversion rates.

We design Wordpress websites in ways that captivate audiences with beautiful visuals and UI to keep them immersed in your site. The look and feel of the websites we design are intended to inspire, with user-friendliness being at the core of each design to achieving conversion.

As a UK based web design agency, we firmly believe that balancing these two aspects of design results provides the greatest user experience.

Anyone who has an influence over your target audience is an influencer. Whether influential in business, sport, leisure or celebrity circles we have an enviable track record of matchmaking those influencers with your brand. An influencer only has influence if the content they’re sharing or conversations they are having is relevant to what their audiences want to see and hear, which is why we always put the audience first when matchmaking brands with an influencer.

We also understand the power of micro influencers and how long term brand partnerships can generate a healthy ROI.

If you’re curious about whether influencer marketing is right for your brand, get in touch and we’ll talk you through our experience and find the best routes suited to your audience.

Twist helps brands to bring insight to life by making sense of the customer to develop campaigns that inspire and create conversations.

With an insightful, strategic and proactive approach to producing creative content, we invest time to understand our clients’ visions, values and identity so the content we create trumps a thousand words. We are here to help set up and liaise on photography and videography opportunities to propel your brand into the media and social spotlight.

From portraits of your team, to atmospheric vibes that reach far and wide on social, to tempt the glossies and inspire editorial inclusion, we can help come up with ideas for capturing the right moment, so when people see it, they will stop, think and want to know “where’s that”, “what’s that” and “I want that”! And even better… we want our content to create conversations for your brand.

Our graphic designers are bursting with ideas to bring your brand to life with standout and eye-catching creative.

Whether we create campaign content, bring a new brand to life, energise brand identity or come up with compelling creative ideas to turn your vision into a fun visual story, our team are here to support.

In a fast-moving digital world, it can be hard to keep up. Our team are on hand to help position and keep your brand front of mind, and for reaching new audiences with a multichannel strategy that covers all social-media bases.

We’ll set goals to measure authentic content that’s on-message, on-trend and on the right channel. And with regular reporting, we’ll help you react and adapt to keep those click-through and engagement rates rising.

From sparkling copy and video scripts to media pitches, product placement and press release distribution, we use word power to pack a story-telling punch. Our talented team can support you with skilfully crafting distinctive story ideas that capture journalist’s attention, as well as preparing feature articles and setting up interviews.

Whether we write, distribute or come up with the news hook, Twist has built enviable relationships with journalists and are on hand to connect these journalists with your brand. We jump on topical conversations, as well as reacting to media enquiries to build and maintain a regular drumbeat of brand mentions for you in the public domain.